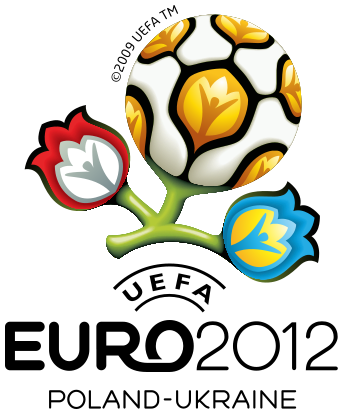 While I was doing the weekly grocery shopping here in Madrid, I could have gotten a soccer ball with a purchase of gazpacho, but I already had gazpacho in the refrigerator, so I let that deal go by. But I did buy some olives, and they came with a stick of facepaint in the color of Spain's flag, red and yellow and red.

Why all this? Because play has begun in the 2012 European Football (Soccer) Championship. Spain is the returning champion team (and the World Cup reigning champion). A trip to the grocery store reveals the excitement.

Me? I'll be cheering for Spain. Loudly. But not as nearly loud as a lot of my neighbors. And I need to find some kids upon whom to inflict some facepaint.