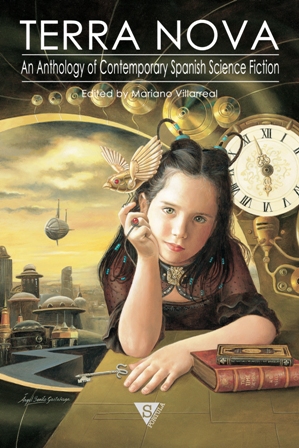 A story I translated into English for Terra Nova: An Anthology of Contemporary Spanish Science Fiction, has been nominated for an Ignotus Award in its original Spanish-language version. This is the equivalent of a Hugo in Spain.

The story is “La textura de las palabras” [“The Texture of Words”] by Felicidad Martínez. It tells of a woman’s fight for leadership on a planet where women are blind and dependent, and men fight constant wars.

Winners will be announced at HispaCon, the Spanish national science fiction convention, in fall.

Smashwords, in a variety of electronic formats:
https://www.smashwords.com/books/view/328358