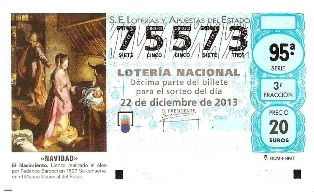 I bought my ticket at my newspaper kiosk. This year, numbers that end in 13 are considered lucky since the year is 2013. However, I graduated from high school in 1973, so that might be lucky, too.