So one evening I was sitting with a friend at a seaside restaurant in Los Angeles, and I saw that the sun was setting over water. That meant it was setting in the east! 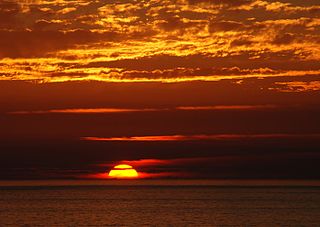 Had the Earth reversed its orbit? I looked around in a sudden panic. Other people chatted happily, enjoying their dinner. Was I the only one who had noticed?

And if the Earth had reversed its orbit or the sun had gone rogue or whatever, that would have had serious consequences: giant earthquakes, maybe. Yet even though we were in Los Angeles, the ground remained steady.

But for a terrifying and astounding instant, the cosmos had gone completely wrong. That impossible moment, that enormous feeling, has always been one of my treasures.