How good are computer-generated translations? They’re getting better, but I decided to throw something complex at them, a sentence from Lope de Aguirre, El Loco del Amazonas [Lope de Aguirre, Madman of the Amazon] by Manuel Lacarta. The book is a biography of a Spanish conquistador. The machines got the common words well enough, but uncommon words, uncommon uses of words, inverted sentence structure, and metaphors were beyond them. 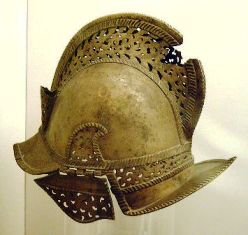 Babylon (http://traductor.babylon.com/):
“Wars gave an excuse for the peruleros for limitless ambition and rapid gains, though, also, to lose the head of on the shoulders or prevaricate fled in the jungles between the vermin was difficult if not the winner in that sort of as lottery.”

Google Translate (http://translate.google.com/):
“The war gave the Peruvians excuse for Medros and quick profits, but also to lose his head over the shoulders or beating fled in the forests between the vermin if not the winner was right in that sort of like lottery.”

Instituto Cervantes (http://traductor.cervantes.es/):
“The wars gave excuse to the peruleros for medros and fast gains, although, also, to lose the head of on the shoulders or walk escaped in the jungles between the alimañas if it did not hit the winner in this luck of as lottery.”

My translation:
“For the conquistadors in Peru, these wars provided a pretext for advancement and quick profit, though they might also result in sudden death or flight, wandering through the jungle amid its predators, for failing to guess the winning side in that lottery of fate.”

This article in the Chronicle of Higher Education, “Machine Translation Without the Translation,” explains how Google Translate works and why it makes mistakes.

If you’re looking for a translator, here’s my LinkedIn profile:
http://www.linkedin.com/in/sueburke
Collapse