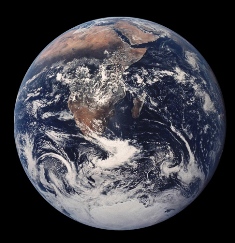 In passive voice, the subject of the sentence receives the action of the verb. It is usually made by using the verb to be or sometimes to get and the past participle of the main verb. The agent of the action does not always have to be expressed, but when it is, this is usually done using an expression with by.

If all this seems confusing, a few examples may explain it. (You can also watch this basic grammar video: http://www.youtube.com/watch?v=ePfmgMTgXl8)

Here is an active sentence:

Here is that sentence in passive, in two forms:

The past participle is the form of the verb that usually ends with -ed, although there are many irregular verbs. For example: Cook, cooked. Love, loved. Use, used. See, saw. Eat, eaten. Buy, bought.

(The present participle is the form of the verb that ends with -ing, and there are no exceptions: Cook, cooking. Love, loving. Use, using. See, seeing. Eat, eating. Buy, buying. This form is often used in continuous or progressive tenses, a tense that can be confused with passive voice. He was eating is active voice. He was being eaten is passive voice.)

Here are active and passive voice sentences in various tenses, aspects, and moods:

Other kinds of structures are possible, but I don’t want to get too repetitive or technical.

Next: Why use passive?