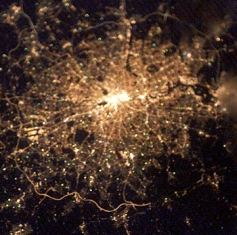 Why use passive voice?

Sometimes the agent is unknown, obvious, or unimportant. She was killed in the Mars invasion. What killed her? We might not know or care.

Sometimes we care more about the action than the agent. For example, London was evacuated before the invasion. Who evacuated it? Probably the proper authorities, but it doesn’t matter. The important thing is that Londoners got away safely.

In other words, sometimes you want to say something with more artfulness than active voice allows.

Next: How to change active to passive.