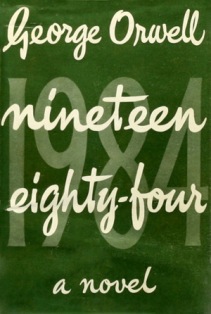 What are the six passive structures in the text about Newspeak by George Orwell?

Newspeak was the official language of Oceania and had been devised [1] to meet the ideological needs of Ingsoc, or English Socialism. In the year 1984 there was not as yet anyone who used Newspeak as his sole means of communication, either in speech or writing. The leading articles in The Times were written [2] in it, but this was a tour de force which could only be carried out [3] by a specialist. It was expected [4] that Newspeak would have finally superseded Oldspeak (or Standard English, as we should call it) by about the year 2050. Meanwhile it gained ground steadily, all Party members tending to use Newspeak words and grammatical constructions more and more in their everyday speech. The version in use [5] in 1984, and embodied in the Ninth and Tenth Editions of the Newspeak Dictionary, was a provisional one, and contained many superfluous words and archaic formations which were due to be suppressed [6] later. It is with the final, perfected version, as embodied in the Eleventh Edition of the Dictionary, that we are concerned here.

Would any of these expressions be better in active voice?

Next: Is passive voice evil?