You have an idea for a story, but is it a short-short, a novel, or something in between? Try imagining it as a picture.

A simple picture can be a short-short story. (Boy Lighting a Candle, by El Greco, 1571) 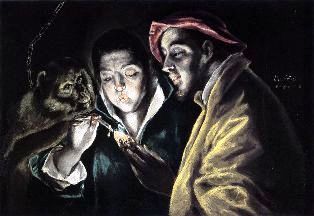 Add a few more characters, and you have a longer short story. (An Allegory with a Boy Lighting a Candle in the Company of an Ape and a Fool, by El Greco, 1577) 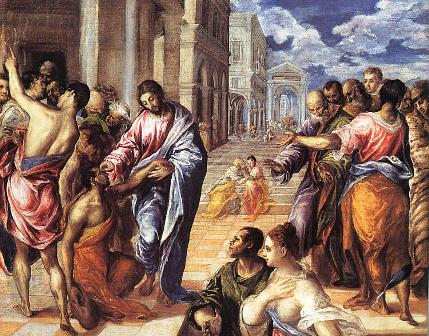 With more characters and more conflict, you might have a novel. (The Miracle of Christ Healing the Blind, by El Greco, ca. 1570) 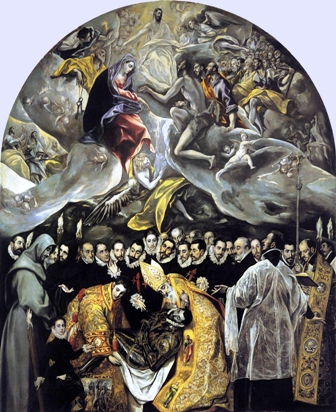 A big canvas with a lot happening could well be a three-novel series. (The Burial of the Count of Orgaz, by El Greco, 1586. The painting is 15 feet tall.)

Here are a few story ideas:

• The glowing little fairy was fragile and needed help to stay alive.

• The glowing little fairy was fragile, but it attracted too much attention, and the boy wasn’t sure he could keep it safe.

• Jessie’s unusual but successful medical techniques often got him into trouble, and eventually he faced a death sentence.

• The Count’s death unleashed an epic conflict between men and God. (Notice the lack of women at the Count’s funeral. I think they’re all off reading Lysistrata.)

This year is the 400th anniversary of the death of El Greco in Toledo, which we’re celebrating here in Spain. Visit the official website or learn more at this news article from the Telegraph.
Collapse