The United States of America has an abiding problem: it has no name. 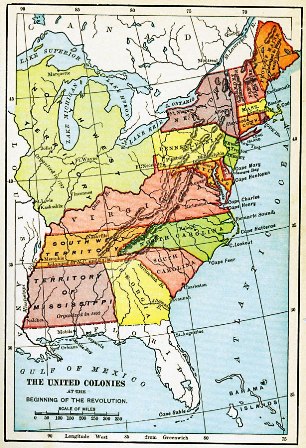 The “United Colonies” was a precursor to the “United States.” In 1777, the Second Continental Congress adopted the Articles of Confederation, which said: “The Stile of this Confederacy shall be ‘The United States of America.’... Each state retains its sovereignty, freedom and independence....”

That is, each state (“state” meaning an individual political entity with supreme authority) would be its own country like Great Britain or France, and people would refer to themselves as “Virginians” or “Pennsylvanians” or whatever. The United States of America would not be an actual country but rather a coordinated grouping of separate countries located within the huge land mass of America.

Our Founding Fathers had a lot of ideas that didn’t work out, and at least this one was nowhere near as tragic as slavery. The United States of America almost immediately became one single country despite their expectations. Nature abhors a vacuum, so by the time George Washington left the office of President, he was speaking of “[t]he name of American” as our appellation.

Ever since 1507, “America” has meant the entire New World, and there are more countries in America than the USA. This results in snark like this comment to a science post:

Question: Where do Americans live? Answer: Anywhere in North, Central and South America. Residents of Center [sic] and South American also refer to themselves as Americans. What do you call someone who speaks only one language? Someone from the United States.

Haters gonna hate. But what exactly do you call someone from the United States, then? Here in Spain where I live now, sometimes they say estadounidense (United Statesian), which doesn’t trip off the tongue easily, so sometimes they call us norteamericanos (North Americans). Of course, Canada, Mexico, the Caribbean Islands, and Greenland also lie within North America, so norteamericano is no more accurate than plain old “American.”

We have no real name, and we can only be careful, as the New York Times Manual of Style and Usage says, to be sure that the context makes clear what we mean by “American,” “America,” and “the Americas,” since Argentinians are Americans, too, after all.

And unless someone comes up with a workable alternative – snarkers, be constructive for once – citizens of the United States of America are “Americans” because we have a country with a descriptor, not a name, and that’s the best we can do.