For 2016, my big goal was to move back to the United States. Mission accomplished. In fact, I seem to have arrived in America’s hour of greatest need. 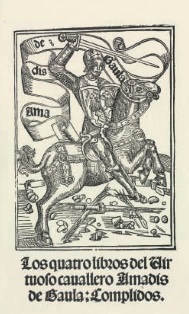 If all goes well, in May I’ll finish the translation of Amadis of Gaul. Since 2009, I’ve been translating this medieval novel of chivalry a chapter at a time as a blog. I’ve learned a lot about the Middle Ages, translation, and ways to kill knights in combat. The novel comes in four books. I’ve self-published Book I, and when the blog is wrapped up, I’ll work on getting out II, III, and IV.

I also need to prepare for the launch of my own novel, Semiosis, by Tor in a year from now. Books don’t sell themselves, after all, so let me try to sell it to you now:

Plants can see. Plants can count. Plants can communicate with each other... here on Earth. Imagine if they could think – and imagine how they would react on a distant planet to a new human colony. The colonists have named their new planet Pax in keeping with their high ideals. They face danger not only from their environment but from their own human failings, and they find allies in other life forms that share their aspirations. But the ecology has missing pieces. Some animals and plants have been domesticated, and someone built a beautiful city. Who did it, and where are they now?

If you like Semiosis, you might like the sequel, when Earthlings come looking for the colony, unaware of the contempt that colonists have for Earthlings. I want to finish writing the sequel in 2017 – and to start the third book in the trilogy: Pax life forms come to Earth, and they’re smart and aggressive.

Besides that fun, I need to continue other writing projects, such as some short stories – and of course to keep translating.

In the meantime, I hope to sink deeper roots into my new home, Chicago.