For for grammatical reasons, English can usually say something with fewer words than Spanish. A text in English tends to shrink by about 20 to 25% compared to the Spanish original. But there are exceptions. 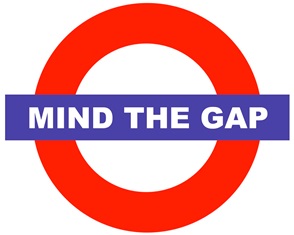 In the subways in London and some other English-speaking cities, to warn about a possible dangerous gap between the train and platform, loudspeakers blare this message at passengers:

However, in Madrid, Spain, they say:

("Caution: station on a curve. As you exit, be careful not to place your foot between the train and the platform.")

It’s a lot more than 25% longer. In fact, nothing would predict that this would be effectively the same message in that locality.

Localization involves adapting meaning to a regional culture, which may have its own way of doing things. Sometimes translation is more than just words. Be careful.