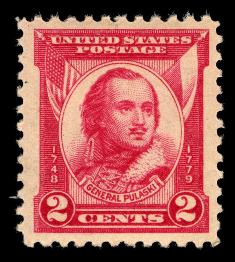 Today, being the first Monday in March, Chicago is celebrating Casimir Pulaski Day. Some government offices, libraries, and schools (but not public schools) may close. Call ahead.

It’s a patriotic day, and there will be a tribute in honor of Pulaski this morning at Chicago’s Polish Museum of America. Here’s more information from NPR about why you should celebrate. Short version: Pulaski came to help in the American Revolutionary War, founded the cavalry, saved George Washington’s life, became a general, and died of wounds suffered in battle. He’s an American hero.

Nationwide, General Pulaski Memorial Day is celebrated on the anniversary of his death, October 9, 1779. Because the holiday is only commemorative, no one has to close shop. In Wisconsin, Casimir Pulaski Day is held on March 4, and schools must observe it “appropriately” according to state statute. I don’t know what that means because I left Wisconsin public schools 14 years before that law was created. A few other places also celebrate Pulaski’s heroism at some point during the year.

Given the present legal situation for immigrants, it’s good to know that Pulaski has been made an honorary American citizen by a joint resolution of the US Senate and House of Representatives, which was signed by President Barack Obama in 2009. His ghost can celebrate with no danger of arrest. I hope you can, too.