Writers often fear being edited – actually, we fear bad editors. Every writer needs an editor. Our work can always be improved by a good editor, but it can also be damaged by a bad editor. What’s the difference between good and bad?

I was once asked my opinion of another editor on a team project who had become enraged by the same repeated error in the text. I said, “He must be inexperienced, because experience teaches humility.” I only need to think about how often and how stupidly I have erred to know how humble I need to be. I learn new things about writing every day. Humility matters, but how can we make humility operational?

One way to understand humility is to understand that writing is a test with many right answers. An editor who wants to make things “sound” right without a thorough, humble justification for those changes may have marked a right answer as wrong – unjustifiably. Probably, that editor wants to make the text’s style sound more like he or she wrote it: some editors unhumbly and perhaps unconsciously impose their own style. But writers have the right to their own style, which is created by seemingly minor word and punctuation choices.

The first thing, I think, is to fix only those things that are objectively wrong. For example, something might be misspelled or incorrect according to an authority like the Chicago Manual of Style, or it might cause problems for reader comprehension.

It was a lovely false spring day when we started for the front this morning.

Is “lovely false” too flowery for the news? I have some doubts about that, but I’m going to hold them in abeyance for now. I can always come back.

Then the article describes a war plane overhead, which doesn’t try to kill our reporter. Instead, it flies on.

But, as we watched, came a sudden egg-dropping explosion of bombs, and, ahead, Reus, silhouetted against hills a half mile away, disappeared in a brick-dust-colored cloud of smoke.”

First, isn’t it wrong to begin a sentence with a conjuction? No, it isn’t. In Modern English Usage, H. W. Fowler calls that “rule” a superstition and fetish, and he adds, “to let oneself be so far possessed by blindly accepted conventions as to take a hand in enforcing them on other people is to lose the independence of judgement that would enable one to solve the numerous problems for which there are no rules of thumb.” So in an effort to protect my independent problem-solving judgement, I’ll approve that “but.”

I’m a little unconvinced by “egg-dropping.” I think it sounds better to say, “explosion of bombs like dropped eggs,” but I’m not the writer here and “egg-dropping” is not objectively wrong nor does it confuse the reader, so on that standard I’ll let it pass unchanged.

The comma between “and, ahead” is optional, although the strictest rules do call for it. If this were my own sentence, I’d leave it out due to the proliferation of commas in that sentence. But I’m not the writer, and the writer has the right to opt his own way. No violence has been done here to the English language.

Beyond a doubt, the sentence contains inverted word order and other complexities. If this piece were intended for people whose grasp of English is weak, such as language learners, I might want to untangle those words, but the audience here (via the North American Newspaper Alliance) contains high-level readers. Instead, I’ll admire the way the sentence moves chronologically through a series of events and describes them succinctly.

Soon, our writer reports that the road overflows with refugees.

There was no panic at all, only a steady movement, and many of the people seemed cheerful. But perhaps it was the day. The day was so lovely that it seemed ridiculous that anyone should ever die.

Ah, now I see why it was a lovely false spring day. Irony! It’s so often wasted on editors.

I also see “...the day. The day...” The two sentences could easily be joined, “But perhaps it was the day, which was so lovely...” Still, there’s nothing objectively wrong here. In fact, putting “lovely” in its own sentence serves to emphasize the idea. So, again, I’ll let the writer indulge in a little stylistic flair. It’s his byline, and I know he’s not going to get to review my edits.

Finally, the crowds of refugees and retreating soldiers become so dense that the reporter’s car must turn back.

“People looked up at the sky as they retreated. But they were very weary now. The planes had not yet come, but there was still time for them and they were overdue.”

Omigod, missing punctuation! “... there was still time and they were overdue.” There should be a comma between “time and” to be perfectly correct, shouldn’t there?

Maybe. Punctuation is fairly fixed because it relates to the grammar of a sentence, so it is something easily parsed, and there should be a comma between two independent clauses before the conjunction. Still, that rule operates with leeway. British English tends to eschew commas to an extreme that I think sometimes interferes with understandability, but I’m not British so take that opinion for what it’s worth. Ernest Hemingway often left them out for effect: to show how closely some ideas followed each other. I don’t fully approve, but I see his point. 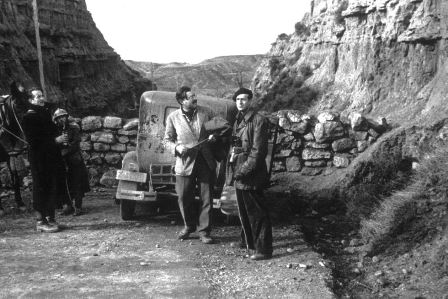 In fact, this report is by Hemingway, “The Flight of Refugees,” filed on April 3, 1938, from Barcelona during the Spanish Civil War. I can see lots of nit-picky ways to alter his words, but he won a Nobel Prize in Literature, and I haven’t. For all I know, the people I edit will someday win a Nobel. Except for a humble, justifiable reason, I ought to let them sound like their Nobel-worthy selves.

Another thing editors should be aware of: “correct” English varies from place to place, so remember your place and your author’s place. A Texan might say, “I’ve not had the pleasure of meeting you” instead of “I haven’t had…” Except for a humble, justifiable reason, don’t mess with Texas. You’ve been warned.

Know where you are in the process. The enraged fellow editor mentioned earlier thought the writer was seeing his corrections and stupidly failing to apply them as she continued her work. In fact, she had turned in the completed piece some time earlier. The editor’s part in the process was to correct errors for publication, not to educate the writer, who had (lucky her) exited the process by then.

And read a lot! Study good writing to understand its breadth and see how much is “correct.” There’s no one right way – in fact, there are an amazing number of right ways, including some I don’t approve of, but it’s my job to know that they’re still correct.

If you want to read more masterful wartime reporting, I recommend this: a dispatch from the World War II D-Day beachhead, “The Horrible Waste of War ,” by Ernie Pyle, who won a Pulitzer for his work. Note how he uses “you” to bring the reader to the beach, but he only needs to use that word a couple of times. I know some editors who would object to “you” in a news report, but Pyle died in combat and there is still time for those editors.