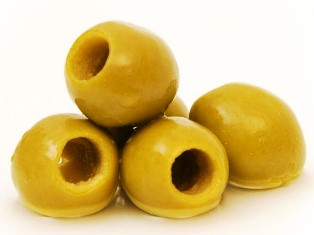 When I was a young and already avid reader, I saw someone described as having “olive skin.” This puzzled me. As far as I knew, most olives were green, and people weren’t green. There were also black olives, but no one was that color, either.

So what does “olive skin” mean? Now that I’m older and have the riches of the internet at my beck and call, I did some research.

Whatever it means, why use “olive skin” at all? I’m not the only person who has doubts. According to Wikipedia background talk, the expression might come from the color of olive oil. Some of Wikipedia’s volunteers are skeptical, querulous, and even derisive of the idea of “olive skin.” I think they have a point.

If I ever use “olive skin” in my own writing, I promise to be careful, perhaps with a Pantone reference to the precise color to avoid confusion. Pantone’s “golden olive” (similar to those olives in the photo) might be suitable for an alien life form’s skin color, but not for someone from Italy.