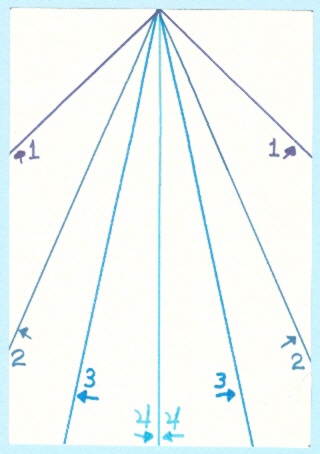 And yet, any child can make a paper airplane. The Chinese invented paper 2000 years ago and had kites. Birds have been flying since dinosaur times, and humanity has dreamed of flying since the stone age. Paper models of sailing ships, hot air balloons, and dirigibles were available before 1903. Japanese origami had already reached wonderful sophistication. Nothing was stopping anyone from making a paper airplane.

Except one thing: no one knew what an airplane looked like or how it would work. No one could imagine it. Orville and Wilbur had to develop an accurate understanding of how wing shape affected air pressure and created lift in order to make a real airplane, and by 1899 they had built intricate gliders and harnessed wind power. Their discoveries would soon be transferred to a simplified three-dimensional paper model. The rest is history.

This leaves me sitting here staring at a sheet of paper, wondering what unprecedented things it could do, things that would delight any child, if I could only imagine them.